New !!! All Orders over 60$ will be sent by express mail - Check the countries where the service is provided - Express Mail

How big is the scale

For example, 1/18 scale model means that the length of the model is  1/18 of actual vehicle .If you chop up a vehicle in to 18 pieces, one piece length will be the same length as the 1/18 scale model.

Diecast is a term used in hobby industry referring to a model body.
Diecast models doesn’t mean it is 100% metal model. A diecast toy (sometimes written as die cast or die-cast) is any toy produced through the die casting method of metal casting, and is typically made of a zinc alloy (or, in some cases, lead). Die casting is a process in which a molten metal alloy is forced under high pressure into a mold creating a product similar to injection mold plastic but made of metal. This relatively simple method was perfect for mass-producing toys of all kinds in the era before inexpensive plastics were developed. In addition to diecast model cars other vehicles such as planes, trains, motorcycles and even spaceships have also been produced. Japanese toy manufacturer Bandai first developed the ‘Chogokin’ (the Japanese word for “super alloy”) line of diecast giant robot toys that have been in production since the 1970s. The painstaking process for creating these toys is the same as in the production of classic car lines.One major appeal of diecast cars is how brands have been able to authentically recreate full-size cars at a much smaller scale. This has been the case since the early days of die casting. One of the first diecast cars from iconic toy manufacturer Dinky Toys was a model of the 1930s race car ‘The Speed of the Wind,’ driven by British race car driver and engineer George Eyston when he broke the land speed record. Many famous car brands such as Chrysler, Ford, Rolls-Royce and Volkswagen have also been captured in miniature size. Trucks are also a popular style among collectors, and branded models like the Heinz truck from Dinky Toys are particularly sought-after.

Model cars have been produced for almost as long as real automobiles. Built to scale in great detail out of materials like wood, resin, tin, steel, cast iron, and plastic, collectible model cars run the gamut from the commonplace to the exotic. The major difference between model cars and toy cars is that model cars are scaled and detailed meticulously, whereas pure toy cars tend to be improperly proportioned and lack attention to detail. Highly detailed models have been made for almost every type of vehicles. After World War II, die-cast companies like Matchbox (originally Matchbox Lesney) made a fortune with their smaller, more-affordable models. In the 1960s, Hot Wheels greatly expanded the collectible model cars market by producing different models every year and special limited-edition runs. Diecast model cars are still hugely popular today. Most diecast model cars are 1/43 scale, although they can be found in both larger and smaller sizes.

The history of diecast car models:

The term die-cast toy here refers to any toy or collectible model produced by using the die casting method of putting molten lead or zinc alloy in a mold to produce a particular shape. Such toys are made of metal, with plastic, rubber, glass, or other machined metal parts. Wholly plastic toys are made by a similar process of injection moulding, but the two methods are distinct because of the properties of the materials.

The metal used in die-casting is either a lead alloy (used early on), or more commonly, Zamak (called Mazak in the UK), an alloy of zinc with small quantities of aluminium and copper. Lead or iron are impurities that must be carefully avoided in Zamac, as they give rise to a deterioration of the metal most commonly called zinc pest. The terms white metal or pot metal are also used when applied to alloys based more on lead or iron. The most common die-cast vehicles are scale models of automobiles, aircraft, military vehicles, construction equipment, and trains, although almost anything can be produced by this method, like Monopoly game pieces, furniture handles, or metal garden sprinklers. 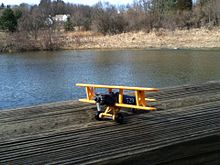 Diecast (or die cast, or die-cast) toys were first produced early in the 20th century by manufacturers such as Meccano (Dinky Toys) in the United Kingdom, Dowst Brothers (TootsieToys) in the United States and Fonderie de précision de Nanterre (Solido) in France. The first models on the market were basic, consisting of a small vehicle body with no interior. In the early days, as mentioned, it was common for impurities in the alloy to result in zinc pest, and the casting would distort, crack, or crumble. As a result, diecast toys made before World War II are difficult to find in good condition. The later high-purity Zamak alloy avoided this problem.

Lesney began making diecast toys in 1947. Their popular Matchbox 1-75 series was so named because there were always 75 different vehicles in the line, each packaged in a small box designed to look like those used for matches. These toys became so popular that the "Matchbox" became widely used as a generic term for any diecast toy car, regardless of manufacturer.

The popularity of diecast toys developed through the 1950s as their detail and quality increased. More companies entered the field, including successful brands like Corgi brand, produced by Mettoy, Italian Mercury, Danish Tekno, or German Schuco and Gama Toys. Corgi Toys appeared in 1956 and pioneered the use of interiors and windows in their models.

In 1968, Hot Wheels were introduced in the United States by Mattel to address the complaint that they had no line of toys for boys to balance their line of Barbie dolls for girls. Because they looked fast and were fast (they were equipped with a low-friction wheels/axles), Hot Wheels quickly became the most popular diecast cars in the toy market, becoming one of the world's top sellers, challenging the popularity of Matchbox.

Since 2009, the Diecast Hall of Fame inducts designers, industry executives and others that have made major contributions to the industry. 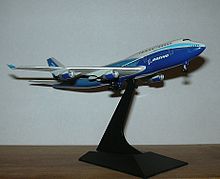 Although advertising had been used by Meccano (Dinky Toys) since 1934, during the 1960s new companies began to use diecast vehicles exclusively as promotional items. The idea that children play a large role in a family's purchasing decisions was key. There is also the fact that children grown up to buy products that they were exposed to when young. Matchbox vehicles mildly advertised a variety of mainly British products like Singer sewing machines, Tetley tea, Pickford's movers, or Coca-Cola. As time passed, companies such as McDonald's, Sears Roebuck, Kodak and Texaco commissioned toymakers to produce promotional models featuring their names and logos or licensed their use. One early example was an American Airlines London bus produced by Matchbox, an idea some other airlines quickly copied.

Beginning in the mid 1970s, trucks and other commercial vehicles grew greatly in popularity. Matchbox started the trend when they re-launched their Models of Yesteryear range. They made a score of different versions of their Y-12 Ford Model T van, along with other trucks in colorful liveries such as Coca-Cola, Colman's Mustard, and Cerebos Salt. They also made promotional versions for Smith's Crisps (potato chips) and Harrods department store. Some models were made exclusively for certain markets and immediately became quite expensive elsewhere: Arnott's Biscuits (Australia) and Sunlight Seife (soap, Germany) are examples.

Corgi copied this idea when they expanded the Corgi Classics line in the mid-1980s, producing more than 50 versions of a 1920s era Thornycroft van. Corgi also produced hundreds of versions of their 1/64 scale Routemaster bus in the 1980s and 1990s. Multitudes of versions were made to be sold exclusively in the stores advertised on the bus flanks. Harrods, Selfridges, Gamley's, Hamley's, Army & Navy, Underwood's, and Beatties were among the British stores employing this idea. A South African chain called Dion was one of the few overseas firms to follow suit. Many collectors took pleasure in the variety, but some disparaged the development as "collecting paint" as the castings were identical; only the decorations were different. In any event, it was a great cost saving measure as companies put less money into expensive casting tooling. So, by the 1980s a new trend had solidified as many diecast vehicles were now being purchased by adults as collectibles, and not just as toys for children. Aluminium die cast is playing a big role in automobile sectors. 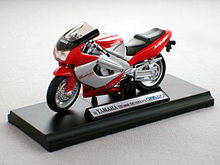 In the 1970s, Japanese toymaker Popy (owned by the larger Bandai) created a line of die-cast toys based on the popular Super Robot anime series of the period. The line was named Chogokin, meaning "Super Alloy", that futuristic metal robot Mazinger Z was said to be made of. The weighty toys were meant to give kids a sense of heftiness of robots in the cartoons. In a similar manner, Popy's other line was Jumbo Machinder (known in the West as Shogun Warriors) whose metal make-up gave children the idea that their toys were made of the same stuff as the "real" robots. The line proved popular, with some figures imported to the west. In the late nineties, Bandai created the Soul of Chogokin line of adult collector figures featuring metal parts, as a callback to the original Chogokin toys, and then the smaller but similar Super Robot Chogokin line.

1/76 scale buses became very popular in Britain in the late 1980s and early 1990s, with competing lines from Corgi (the Original Omnibus Company) and Gilbow Holdings (Exclusive First Editions, or EFE) fighting for the market. The 1/76 scale fits in with British 'OO' scale model trains.

By the 1990s, 1:18 scale diecast cars became very popular in the United States, but the popularity of that scale waned approaching the millennium. By 1990 also, NASCAR stock car racing enjoyed increasing popularity in the USA, and a large number of racing-related NASCAR diecast cars and trucks, painted in the colors of the racing teams, appeared from various manufacturers. Racing Champions was a leading brand, but there were many others.

Diecast aircraft and military models also became popular. While Dinky had made aircraft decades earlier, new companies entered the field in the 1980s and 1990s. One producer was Dyna-Flytes, which went bankrupt in the 1990s, but their market share was quickly taken up by their competitors, including Schabak, GeminiJets, Herpa, and Dragon Wings.

In 2005 Oxford Diecast entered the scale accurate market with range of vehicles in popular British railway scales of 1:76 and 1:148. This and a radically enhanced product in its 1:43 scale range meant the company rapidly grew sales and UK market share, becoming the dominant player within 5 years. Licensing agreements with BBC TV for the Top Gear programme and UK Haulier Eddie Stobart followed as they expanded into licensed product.

A Norev model car made in France - a miniature representation of a real Renault 4CV and would have been sold as a children's toy. 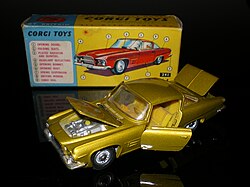 Corgi no. 241 Ghia Chrysler. Everything opens on this model and in many ways it is the epitome of Corgi sophistication.

Die-cast toys and models come in various scales, the most popular ones being: 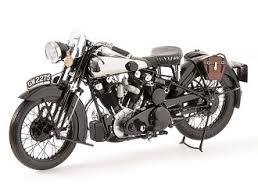 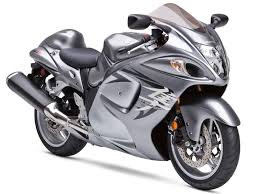